To contact us by phone, dial (425) 822-7161 followed by the extension to reach the appropriate staff member. View our office hours. 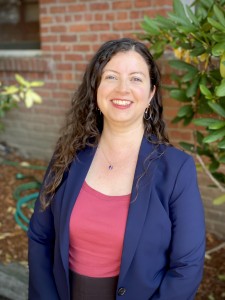 Ashlie Beach has been part of the Kirkland Arts Center team since 2017, most recently as Education Director. Over the course of her tenure, she led a wildly successful period of education programming, raising average enrollment from 400 students per quarter to 600. In 2019, Beach completed an Executive Program Certificate in Arts & Culture Strategy through the University of Pennsylvania. Beach’s lifelong commitment to visual arts is underpinned by her passionate belief in providing scholarships and equitable access to arts programming.
Previously, Beach worked in recruitment at the Ross School of Business at the University of Michigan, maintaining relationships with McKinsey, Bain, Microsoft, and Amazon.  As a new parent, she volunteered extensively at Perinatal Support International of Washington, where she did development work and organized an international conference. Beach later served on the board of her children’s cooperative school as the Parenting Education Program liaison for seven area co-op preschools and Shoreline College.
Learn more about Ashlie’s background in the recent announcement of her leadership. 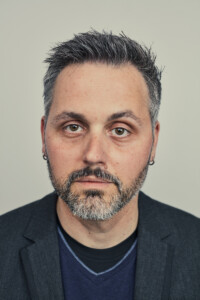 Miha Sarani is a visual artist, an art historian, and an art educator. Born and raised in Ljubljana, Slovenia, he moved permanently to the United States in 2007, becoming a citizen in 2021. He earned a BFA (painting + drawing, ’15), and an MA (art history, ’19) from the University of Washington.

Miha’s work has been shown at art museums and galleries, featured in art journals, publications, promotional material, and on music album covers. His large Koncentrik Painting series is owned by the University of Washington and on permanent display at the Mary Gates Hall. He lectures on art history for Seattle Central College CE, and OSHER program at the University of Washington, as well as practical art making at the Kirkland Arts Center.

Also passionate about music, Miha released his first music album Emona Au Revoir in 2016. It was included in Seattle Public Library’s PlayBack program the following year. He is a member of the Shift Gallery in Seattle, where he works and lives with his wife Tomitha, and their dogs Blue and Sister Ray. 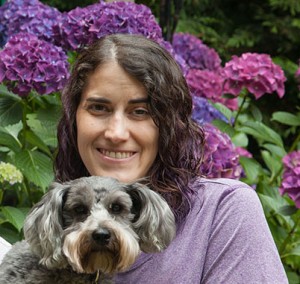 Glenda Cooper has been an integral volunteer member of the KAC staff for the last twenty years, and holds amazing institutional memory. She deftly helps students register for class, and assists staff and teaching artists prepare for, and then execute classes. In addition, she is a talented painter and mixed media artist, who has a passion for plants and archery. Glenda has taken a number of painting, art history, and abstract art classes at KAC, and is a great resource for class recommendations, or sourcing art supplies. Originally from Virginia, she lives with her husband and dog in Woodinville. 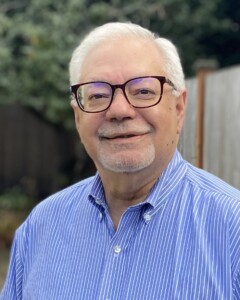 Jay Parikh comes to the Kirkland Arts Center after a long tenure in the performing arts and public television. His focus has been on sales, development, advancement and governance. Key accomplishments include funding and development, where he raised multi-million dollars annually through corporate sponsorships, production underwriting, foundational and government resources. He has managed the donor
continuum from membership through legacy giving. He developed and guided a culture of innovation while reducing costs. Jay has an MFA in Theatre Administration from the Yale School of Drama. He and his wife Monica reside in Bothell. 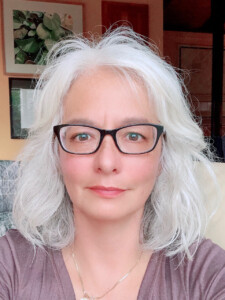 Star Rush has held English faculty and dean appointments at Western Washington University, Bellevue College, and Cornish College of the Arts. She has taught writing, American Literature, and creative writing. Star earned her Master’s Degree in English Studies, Nonfiction, from Western Washington University, her dissertation being a memoir about her heritage as a gay Vietnamese American immigrant woman coming of age in America of the 1970s. Star has served as Interim President while holding the post of Provost & Vice President of Academic Affairs for Cornish College of the Arts in Seattle and recently, Senior Program Manager at Workforce Southwest Washington in Vancouver, WA. She is a photographer, writer, and award-winning educator. Her photography has appeared in the United States, London, the Netherlands, and Europe, as well as magazines Actual Colors May Vary, Askar Magazine, Camerapixo, Dodho.com and featured on international sites and publications: Resource Magazine, wired.it, and Volksrant. Her poetry and short stories have appeared in Hawaii Review, Fireweed, and others. Her cultural essays about connected mobile photography have appeared in iPhonegraphy.com, wearejuxt.com, dprConnect, iPhoneogenic.com, and others. 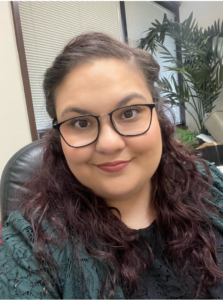 Analisa Soverns-Reed is an art historian and educator. She was born and raised in Everett and has lived in the Kenmore/Kirkland area for the past several years. Analisa attended the University of Washington where she earned an honors bachelor of arts degree in art history with a minor in history. After working in various fields for the next seven years, she decided to follow her passion for education. In 2022, she graduated from Grand Canyon University with a master’s in education with a concentration in secondary humanities education.

Outside of her work for KAC as the education coordinator, Analisa runs the Accessible Art History social media platform. This digital humanities project utilizes free social media platforms (Instagram, YouTube, podcasts, blogs, etc) to bring art history education to anyone that is curious! Analisa is passionate about helping others to understand our shared history through objects. 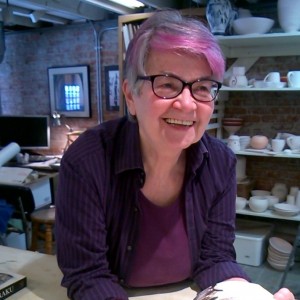 Pat Colyar is a longtime ceramics technician at the Kirkland Arts Center and has taught ceramics since 1988. She enjoys helping people learn about the joys of clay work while discovering their own abilities. She specializes in making functional ceramic ware and two-dimensional wall pieces. 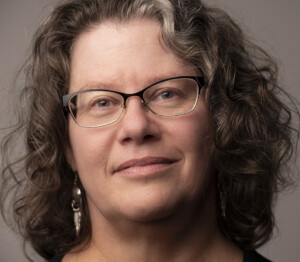 Holly began in the arts. She earned a BFA in Studio Arts (large scale oil painting and screen printing) and a BA in Art History. After 25 years as a career librarian and library administrator she returned to a life in the arts, both as a maker and a supporter. Along with her renewed love of oil painting and printmaking, Holly holds a recent Certificate in Photography from the UW and is studying ceramics. Holly believes deeply in the power of making and experiencing art, and especially recognizes the value of engaging people in the extraordinary and diverse world of artists and artworks. In addition to her arts background, Holly brings years of organizational and executive experience in support of KAC’s dynamic Gallery team. 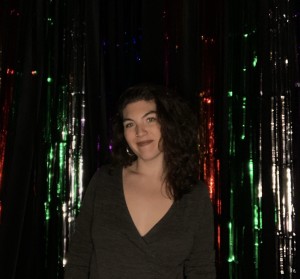 Ellen McGivern is a Curator and Arts Administrator whose research focuses on the unique and symbiotic relationship between makers and artist communities. Originally from the Great Plains, Ellen received her undergraduate degree from the University of Kansas with degrees in both Journalism and Art History. Since moving to the Pacific Northwest in 2017, Ellen completed her MFA in Arts Leadership from Seattle University, interned at contemporary performance organization On the Boards, and was a writing resident in the University of Washington’s Black Embodiments Studio. Most recently she has worked in Access Services at her alma mater, Seattle University’s Lemieux Library and McGoldrick Learning Commons, was a Curatorial Assistant for the exhibition, Abstractions of Black Citizenship: African American Art of Saint Louis, and was contracted to assist in Shunpike’s Storefront project, a creative initiative to provide public art experiences in downtown Seattle.

Eleanor Stelter is an interdisciplinary artist focused on three-dimensional functional work who finds great joy in helping people express themselves creatively. Since graduating with a BFA in 2018, they have worked primarily in the ceramics community. Eleanor has taught every age demographic and loves to continuously expand their skill set and pass useful and sustainable practices on to others.